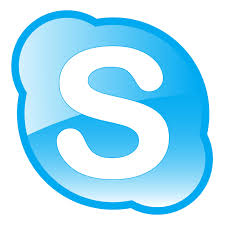 Imagine a world where you can talk to anyone from anywhere and still understand each other even though you’re speaking in different languages. Microsoft’s Skype aims to break the language barrier through Skype Translator, which they claim to be semantically and grammatically correct and can be used in real time.

Skype already processes over 2 billion minutes of conversation in a day, and with this new technology even more new connections can be made. This can only mean new possibilities and more opportunities on a global level. Developed over more than a decade, Skype Translator is still being fine-tuned by developers to become the ultimate universal translator. Nevertheless, its release as a Windows 8 beta app is set to be by the end of the 2014.

How does this technology work?

Using deep neural networks, which are said to be more accurate when it comes to acoustic modeling in speech recognition, Skype Translator operates through the combination of audio and messaging technology. The software will translate voice messages and will then pop out translated text and voice-over audio. It’s kind of like having subtitled conversations in a way, operating on a near real-time capacity.

Let’s say you speak French the person you’re Skype-ing with speaks English. The person you are talking to will hear you speak in French, to be followed by a translated version of what you just said in English through speech and text.

With media this rich, where you can hear the person’s tone of voice and see their facial expressions at the same time, this technology will cross cultural boundaries and make communicating with other nationalities easier and more accessible. Some are already saying that this technology might even change the world – and if it shows that it can do all that it says it can, then it very well could.