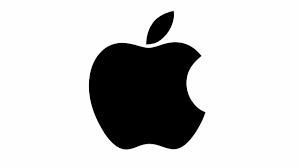 The release of the much-anticipated version of the smartphone from Apple is finally official. Mark your calendars, the September 9 launch date has been confirmed.

Consumers always expect a lot from Apple so all eyes are definitely going to be on the iPhone 6. There’s already been leaked information about the new smartphone, so everyone’s in suspense to get all the details on the new innovations applied to the iPhone 6, which will be coming in two versions: 5.5 inches and 4.7 inches. (FYI: iPhone 4 is 3.5″ and iPhone5 is 4″)

The difference between the two versions is more than just the screen size. Rumors have been circulating that only the 5.5 inch version will come with a Sapphire screen display. Apparently, not all of the 4.7 inch versions will have a Sapphire screen as some will still be utilizing the Gorilla Glass display, similar to that of the iPhone 5s.

There are also rumors that the iWatch will be unveiled during the launch, which is very exciting news for all wearable tech fans out there.

These are just the rumors that I think are likely to be true – there’s quite a bit more out there if you’re interested. At the end of the day, however, we’re just going to have to wait until it actually launches on September 9.

A way for your devices to work seamlessly together - Pushbullet
What is the EU GDPR and why are we getting spammed about privacy policy updates?
Glowing earphones that beat along with your music and heartbeat

48 thoughts on “iPhone 6 to launch on September 9”