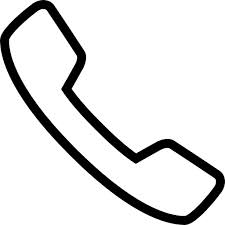 Ahh, smart phones: the modern human’s weapon of choice in braving today’s hyper-connected digital world. Have you ever wondered why they’re still called phones nowadays? More than anything, the functionality of our so-called smart phones has transcended their original purpose. They’re now devices jam-packed with applications that let you do almost anything, and they have become less of a traditional phone in every sense of the word.

All in one device
When shopping for a new mobile phone device, do you even consider it’s “phone-ness”? You’re more likely to think about your dream phone’s camera capabilities. How powerful are its sensors? Does it use advanced optics? (The days where megapixels were used as the yardstick are gone.) You’re probably focusing more on your camera’s operating system. Are you going to go for an Android Phone, a Windows Phone or an iPhone? …. Or a BlackBerry?

Staying in touch
With advances in technology, we can now call and text through the Internet. When it comes to staying in touch, our smart phones have become our primary phones instead of our landline numbers. Which also makes you wonder, with the freedom in mobility our smartphones provide, will landline phones become obsolete in the near future?

With calling and texting via the Internet becoming more and more affordable and accessible, both businesses and individuals hardly see the necessity of landlines as they once did, say, 10-15 years ago. And with all the bells and whistles that our smartphones provide – the games, camera, entertainment and useful applications – voice communication has taken a backseat to just about everything. More and more people prefer to chat via text messages and the way we communicate has become much more visual.

The first handheld mobile device was released in 1973 and it is amazing how far we’ve gone in just three decades, from the gigantic blocks of plastic that didn’t look much different from a cordless phone to the sleek keyless gadgets we now use every day. It’s exciting to see what’s going to happen with mobile phone technology in the coming years ahead.

How to maximize YouTube’s new 3-second intro feature
Gmail shortcuts you probably didn’t know about
A Homemade Arduino Project to Sort Skittles and M&M’s by Color!