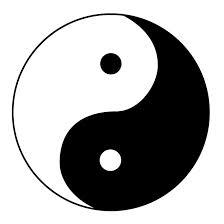 Honda’s newest online commercial is nothing short of brilliant on so many levels. They released it as a short film called “The Other Side”. This video is a double-sided interactive film. As you watch this video, you can press the “R” key which toggles between the humble dad version of the video over to the criminal underworld version. It is so addictive that you constantly press “R” over and over while watching, helping Honda reinforce their brand and bringing film watching to a whole new level!

This short film was shot on a 35mm in Slovenia and Croatia over the period of 6 days. We are marveled by the complexity that would have been involved in shooting this double narrative. The shots in one location at day had to precisely match the shots in the other location at night (sometimes shot in another country). The work was edited using Final Cut Pro X and there is a fantastic detailed technical write-up by the editor.

How did they get the “R” key to work?

There are 2 sides to this, desktop users view it using Honda’s YouTube channel and tablet users get to enjoy this amazing experience in a self-contained HTML5 website. On the YouTube side, they are using a custom gadget which they styled to look just like the ordinary YouTube player. But really behind the scenes there are 2 separate video players kept in sync the entire time showing each side of the day/night film. The HTML5 website keeps both films in a single double-width video and uses the Web Audio API to switch between the left and right channels of a single audio file.