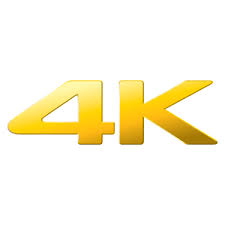 The numbers are in: 4K TVs are a hit this holiday season. Sales have been steadily picking up over the last few months, but the great deals offered on Black Friday and Cyber Monday pushed them to new record highs. But should you run out and buy one?

4K TVs: An Overview
These ultra-high-definition TVs (Ultra-HD) aren’t just for early adopters and tech risk-takers anymore. These days, many units are starting to take up space in homes all over the world. So why get a 4K TV?

The 4K’s main draw is its resolution, which is four times sharper than that of current 1080p HD TVs. It is twice the resolution in height and twice as wide (3840 x 2160), many more pixels defining the image. If you don’t have media in 4K though and you don’t want to make the switch yet, then you may want to hold off for now. There will definitely be more content coming in the future though – content providers are already adapting and we will be seeing their libraries of movies and TV shows available in this new format. The lack of content is one of the main reasons demand has been slow until recently, and another reason high on consumers’ lists is price.

Are 4K TVs Worth The Cost?
If this were 2012, then the answer would be a firm no. Just two years ago, 4K TV prices were 85% higher than today’s, with unit prices at around US $7,850. The cost is now sitting at a more pocket-friendly average of US $1,120 this year. 2014 has seen great progress in the pricing of Ultra High-Def/4K TVs. Sales at this time of the year are around nine times higher than they were in 2013 (when 4K was still a newcomer to the market), which is a testament to the high quality it brings consumers. They claim watching something in 4K is an immersive experience. As an interesting side note, Apple’s new iMac jumped straight to 5K.

Buyers have been going for larger screen sizes as well, with more than 70% of 4K TVs sold this year having either 55″ or 65″ screens. These sales show us that more and more consumers believe that 4K TVs are welcome additions to their increasingly high-tech homes.

Should you run out and buy one?
My opinion is no. I don’t feel the content is there yet. Hollywood is just starting to produce in Ultra-HD (4K) and Netflix has “some” shows available in 4K. But it isn’t enough to justify running out and buying a new TV yet. Also by nature of technology, it keeps getting bigger, better, and cheaper with time. So save your money for now.

Besides issues with a lack of 4K content, the next problem is the increased bandwidth required to stream 4K. People are already experiencing issues with 1080p HD streaming, it getting slow, using up a lot of their monthly bandwidth plans, and chewing up the majority of their Internet pipes when in use. The Ultra-HD 4K content is going to be even more demanding on our Internet connections. Some people are ready for it, but I don’t think it is the norm yet.

How much would you pay for an old computer?
Smart Lenses to Help You See Exponentially Better
Google’s AlphaGo AI defeats one of world’s top Go players