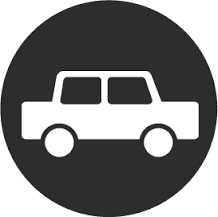 Driverless cars are definitely the stuff of sci-fi movies. Think about this scenario for a second: a highway full of cars driven by artificial intelligence zooming along lanes at controlled speeds, all of them avoiding accidents by wirelessly communicating with other cars. Sounds awesome, right? Umm…

However, just like in sci-fi movies, things can go horribly, horribly wrong.

All of a sudden, one hacker “jailbreaks” his car, overrides its settings, and successfully makes the vehicle go faster than the others. The software in other nearby cars isn’t equipped to deal with the tampered settings of this rogue automobile. In the blink of an eye, calculations go wrong, glitches pop up, tires screech, and bumpers collide. Your utopian vision of A.I.-controlled cars safely flowing along roads and highways? Up in flames.

Is this a nightmare scenario waiting to happen? Are these new driverless cars prone to hacker attacks?

During last year’s Black Hat security conference in Las Vegas, iSec security consultants were able to start a Subaru Outback’s engine and unlock its doors through a cellular network. They said it took them roughly two hours to figure out a way to gain access to the vehicle through their laptop.

It’s pretty alarming, as this demonstration proves there is a way for hackers to gain control of self-driving vehicles. However, several antivirus manufacturers as well as other groups and companies are currently hard at work, developing countermeasures and methods to protect cars from hackers. Intel, who now owns antivirus shop McAfee, is using the software company’s expertise to develop airtight defenses for both software and hardware, in order to prevent hacker attacks. Meanwhile iSec is working closely with car manufacturers to make sure systems are secure and free from any vulnerabilities that could be exploited.

It’s one thing when devices like computers, phones, or tablets are hacked, but when you’re talking about a moving vehicle – something that could potentially endanger lives – that’s another matter entirely. Hopefully companies like Intel do come up with foolproof ways to make self-driving vehicles free from the dirty keyboard-typing fingers of hackers with bad intentions.

As with any brand new technology, it’s only a matter of time before they iron out the glitches. And when they do, we’ll all be looking forward to a future wherein riding a car is a safer and easier experience for everyone.

So perhaps that sci-fi movie dream won’t have a bleak ending after all.

32 thoughts on “Are Self-Driving Cars Hackable?”