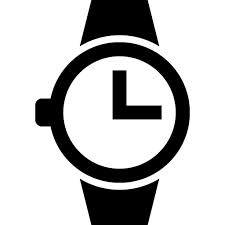 Technology plays a role in so many things in our everyday lives that it doesn’t come as a surprise that visionaries and developers are continuously coming up with concepts that make fashion play a larger role in the tech industry. Enter wearable technology. Alright, it’s not a new concept, but experimentation on the use of different materials for gadgets is pretty awesome. Japanese electronics giant Sony’s e-paper watch is definitely worth looking at.

Under an ultra-low-key, spin-off division called Fashion Entertainments, Sony has been developing a new smartwatch made completely out of e-paper. It was originally launched through a crowdfunding campaign, which was used to measure the public’s interest in the venture. As a person involved in the development told the Wall Street Journal, “We hid Sony’s name because we wanted to test the real value of the product, whether there will be demand for our concept.” It was a smart move and the crowdfunding campaign was able to raise money and interest.

Called the FES Watch, Sony’s e-paper watch features a sleek, minimalist design. Because it’s made out of e-paper, users are able to alternate between different styles of strap and watch face design. Definitely cool, but the FES Watch falls short on the functional features offered by other smartwatches. It does have one big advantage, however – unlike most smartwatches its charge is said to last longer than 60 days.

Through Fashion Entertainments, Sony has also been experimenting with other fashion accessories such as shoes, glasses, and even bow ties. It’s a timely move, as gadget guru Pocket-lint believes that fashion is going to play a crucial role in the tech industry. “Having a phone that’s big and square is one thing, but if we’re actually wearing things, it has to look good.” No doubt about that. The FES Watch is still under development and no release date has yet been provided by Sony though those who participated in the crowdfunding campaign will get their watches in mid-2015.

Gmail shortcuts you probably didn’t know about
Weekly content is critical to Google search - but where does it come from?
How To Setup Free Website Hosting Using Your Own Domain Name and WordPress