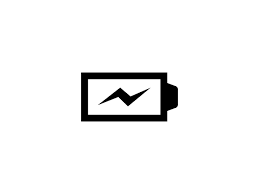 As smartphones get even smarter, screen resolutions clearer, processing speeds faster and 3D graphics more and more lifelike, one aspect that hasn’t really changed all that much in the ever-evolving technological landscape are batteries. Though lithium-ion battery manufacturers constantly find ways to increase energy efficiency, performance, and capacity, we haven’t really experienced any major breakthroughs in battery technology. Until recently, that is.

While we might have to wait a bit longer until we get super-powered batteries that could provide juice for today’s devices for months on end, Imprint Energy, a startup company based in California, has been testing a pretty unique type of battery. It’s a zinc-polymer battery that’s ultra-thin, bendable, rechargeable and, get this, can be printed out of a typical industrial screen printer. The firm plans to sell this to makers of medical devices, wearable electronics, and environmental sensors.

Imprint developed the concept through extensive research that started at Berkeley. After collaborating with a Japanese developer, they were able to make use of a 3D printer to produce these microscopic zinc batteries.

By using zinc, you could tell immediately they were going for a smaller and lighter battery design as zinc doesn’t require the same bulky protective material needed by the much more unstable lithium batteries. By developing a solid polymer electrolyte, they found a way to prevent dendrites from developing and causing the battery to short – a common problem when it comes to zinc-based batteries.

What can these batteries be used for?
For now, Imprint has been tapped by the U.S. military, working with them to integrate the new battery design for sensors that monitor the health of soldiers. Aside from wearable electronics, the flexible batteries could also be used on smart labels for easier inventory purposes or tracking of delivered packages, food, or other items.

Beyond that, who knows what other future devices these cutting-edge batteries could power? What we can say for certain is that with the advent and continued development of smaller and virtually weightless batteries such as these, manufacturers are paving the way for endless possibilities when it comes to mobile and wearable technologies.

Top 9 2021 Latest Tech Trends
Are advertisers tracking you? Here's how to control them.
I interviewed Stephen Robinson, 52 Skillz

17 thoughts on “Flexible, printable, rechargeable, batteries are on the horizon”