Microsoft’s new browser codenamed: project Spartan, is overhauling the definition of ‘web browser’, and remodeling to next-generation standards. This new browser is set to launch with Windows 10.

The new browser under project Spartan is equipped with Cortana integration, note-taking capability, and a reader mode. This is in line with touch-friendly Windows 10, and is in keeping with newer web functionalities. Cortana has been widely anticipated not only by Halo fans, but also by the general population of mobile device users and it’ll be exciting to see how it measures up to Siri.

A departure from Internet Explorer

The new browser is being improved not only on the surface, but under the hood, making compatibility less of a headache for developers. The new powerful rendering engine behind it is EdgeHTML.dll. Edge, as its name implies, represents the cutting edge of web development. This engine purges most of the underlying functionalities and codes of the old model. Nonstandard features have been taken away, and it has fully turned its back on Trident. Right now Edge is fully embracing the next generation of web development with full functionality of HTML5, making performance exponentially better.

As for those with legacy enterprise sites, they need not be worried. As a Microsoft senior engineer wrote on Smashing Magazine, “In order to ensure that we also retain backwards compatibility, we will not be getting rid of Trident. Instead, we designed and implemented a dual-engine approach, where either the new modern rendering engine or Trident can be loaded.” 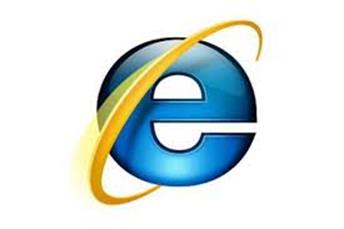 With a whole bunch of useful features built-in like Cortana support, a special reading list mode, and the ability to annotate and share web pages, the “new Internet Explorer” is making a comeback. Its great potential, and what everyone is excited about apart from the fact that it isn’t going to be yet another IE, is that the new browser’s functionality ties very well with Windows 10.

I interviewed Ken Karpoff - Performance Coach
Google Glass - a wearable computer with very neat possibilities yet potential se...
Now that the phone book is dead - where do you advertise?