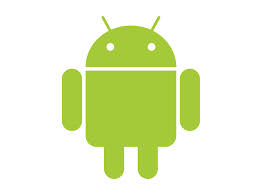 While there’s been some debate as to the need for mobile antivirus apps, there’s no denying the fact that there are hundreds of malicious apps and software out there just waiting to latch themselves onto our Android device’s operating system. Because of the Android OS’ open source nature, it’s no surprise that the amount of malware targeting the platform has been steadily increasing over the past few years.

Though some may argue that Google is already doing a great job of protecting users at the device and cloud level, the risks are still difficult to ignore, especially with stories such as this out there.

If you’d like to avoid any potential security risks to your Android device, take a look at these great security apps:

360 Security
In AV-Test’s March 2014 report, 360 Security scored a detection rate of 100%. Apart from its solid ability to catch malware, this security app has a lot going for it – an easy-to-use interface, smooth performance, and plenty of extra features. Best of all, it’s completely free.

ESET Mobile Security & Antivirus
Another app with a 100% detection rate, ESET provides real-time scanning of malware and suspicious apps which attempt to send texts or make premium-rate calls. What’s great about this app is the arsenal of anti-theft tools that comes with it – you can protect apps from being uninstalled by setting a password, and remotely locate and lock your device in case of theft.

AVL
If all you’re looking for is a solid security app that quietly runs in your phone or tablet’s background, consuming as little memory and battery life as possible, then AVL is the app for you. It registered a 100% detection rate on AV-Test, and doesn’t come with all the extra anti-theft and maintenance features.

There are many other free security apps out there that have registered a 100% detection rate on AV-Test, some of them by big name companies such as McAfee and Trend Micro. Other well-known antivirus makers such as Bitdefender, Kaspersky and Symantec offer free trials, with full versions that come with a price tag.

27 thoughts on “Secure your Android smartphone with these apps”