Apple turned 40 years old today, Happy Birthday! The company was started by Steve Jobs, Steve Wozniak, and Ronald Wayne in the Job’s garage on April 1, 1976. Their homemade Apple One computer had a price tag of $666.66 and they got it on store shelves that July. Wayne sold his 10% share for $800 within a year. The current market value of Apple is around $615 billion. Apple has had a number of eureka moments with Steve Jobs at the helm however overall, they have done well with the constant iterations. The major breakthroughs definitely do help though. 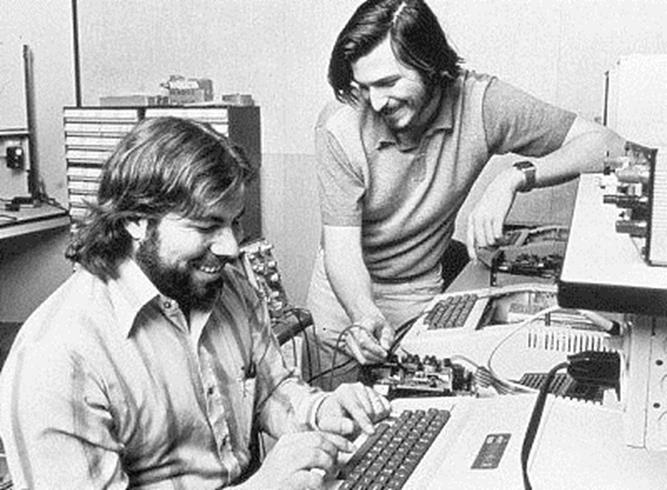 The Apple II was released in 1977 and the next major milestone would be the release of the Macintosh in 1984. Many call their Super Bowl commercial one of the greatest of all time when they release the Macintosh. As you can guess it had an Orwellian twist to it. As a result, the Macintosh sales exploded.

In 1993, Apple released the Apple Newton tablet. Unfortunately it was ill-fated and well ahead of its time. The iMac was released in 1998 followed by the iPod in 2001 which boasted 1,000 songs in your pocket! Now that was something exceptional.

In timely release was the iTunes Store in 2003 which definitely ushered us into the age of digital downloads.

The iPhone comes next in 2007, hard to believe it’s been almost 10 years now since the first release. They have sold over 75 million iPhones in the first quarter of 2016, it’s definitely a very strong product for them.

Apple then suffered a major loss in 2011 when Steve Jobs lost his battle with cancer.

It will be interesting to see what Apple has for us next in the future.

Future tech: computer screens that adjust to your vision
#BirdCam : A Social Media Experiment
1 of 3: What is an MSP? Managed Service Providers in the IT industry