In the world of supercars, it takes a lot to stand out these days. Pininfarina, one of Italy’s top design and engineering firms, has done just that with their new “H2 Speed“.

A unique supercar concept which recently drew a lot of attention at the 2016 Geneva Motor Show, the H2 Speed utilizes a pair of electric motors that generate a combined power output of around 370 kW (500 hp), which is produced at a blistering 13,000 rpm. The supercar’s only exhaust emission is water!

Hydrogen fuel-cell vehicles aren’t entirely new – many of them are currently deep in the development stages and aren’t about to hit the roads anytime soon. These projects are geared more towards creating alternatives to regular gasoline and diesel-powered cars. With the H2 Speed, Pininfarina hopes to fill the tiny yet ultra-expensive and very high profile supercar niche. 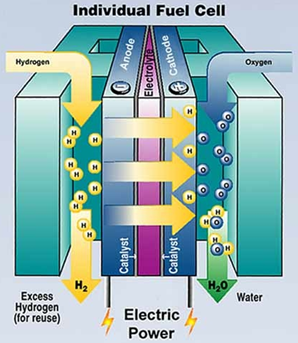 One of its many features is direct transmission to the rear wheels, which allows the driver to concentrate on taking the right lines, as there is no need to shift any gears. This is further enhanced by a cutting-edge high-performance torque vectoring system, which makes the overall system a speedy yet easily maneuverable machine.

Want one? Unfortunately, the H2 Speed is solely a research and development platform by Pininfarina, which means there are no future plans for a commercial release. But it could certainly pave the way for more hydrogen-powered (super)cars in the future!

Take a look at a CGI-rendered video of the H2 Speed concept car in action:

How to Avoid Shaky Smartphone Videos
What is the EU GDPR and why are we getting spammed about privacy policy updates?
iPhoneography 101