We’re about to meet Spectacles, the newest form of wearable tech from the freshly reinvented Snap, Inc. (i.e. Snapchat) coming out this fall.

Branded as “Sunglasses that Snap,” they will be available in 3 popular colors – black, teal, and coral. Spectacles sport fashionably round lenses that move wearables past the tech-geek look we had with the now-hibernating Google Glass. 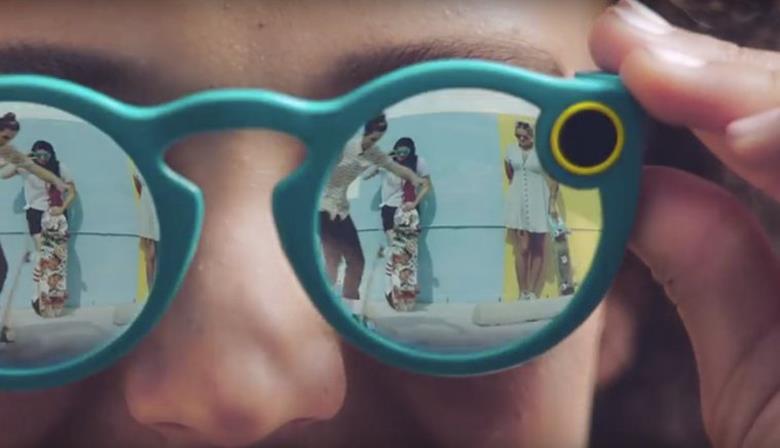 This is no surprise. Vergence, the company Snap quietly acquired in 2014, produced Epiphany Eyewear. Their $399 rival to Google Glass had an almost Blues-Brothers-Ray-Ban vibe going. As with the Epiphany version, recording on Spectacles starts with the press of a button. And thick frames conceal all the fancy hardware.

The official promo video introduces the new shades with a skateboard action video.  The 115-degree angle lenses give a life-like view that plays on a theme of reliving good memories.  At the same time, first-person stunt views suggest durable and sports-ready frames.

Both Spectacles and the new Snap, Inc. were revealed in separate announcements on the company website in late September. Snapchat had changed its name to reflect the expanding product line, according to the company.

Snap, Inc. promotes itself on its LinkedIn profile as a “camera company.” It has two products listed – Snapchat and Spectacles.  But along with the new, there is also continuity. The company that launched with self-destructing photos has now surpassed Facebook in short video streaming.  With Spectacles, Snap continues to provide a platform for the short event.  The glasses will take 10-second clips every time a button is pressed.

The glasses are debuting at a mere $130 (remember Google Glass was $1500).  At such an affordable price, these will undoubtedly enjoy great popularity.  But will they be so widespread that people start getting used to them?   There was that famous mugging in San Francisco where tech reporter Sarah Slocum was assaulted in a bar for flaunting them publicly.

The possibility does exist that people will use them in inappropriate ways.  Embarrassing clips could go viral.  If users wear them in public washrooms or capture stealth videos of careless remarks, there is the possibility of abuse.  And these videos don’t self-destruct.  The glasses integrate with a smartphone app, and videos can be saved for later use.

Perhaps an obvious blinking light could be appropriately placed and activated during recording – if one exists that could not be covered up and disabled.

But chances are that the next generation won’t blink an eye at this. Millennials have grown up under surveillance cameras at the grocery stores, banks, and traffic lights.  Many may already habitually modify their behaviour accordingly.  Others have learned to ignore surveillance completely.

And with an abundance of cheap spy-glasses, video camera pens and Infra-Red HD 1800 watches readily available to the masses for less than $30 USD on eBay, the Snap Spectacle isn’t really anything new.  It just might be more fun.