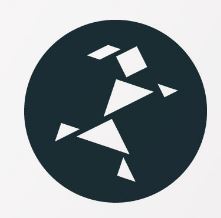 It’s an arm that arrives in a box.

This sleek, shiny-white, elegant piece of machinery has the full reach of a human arm. It’s more akin to a Stormtrooper appendage than it is to “Thing” – even though, like the Adam’s family hand-in-a-box, it can hand you a cigar or a phone.

It comes with exchangeable fingertips it can use to assemble its own companions. You can even train it to perform complex strings of tasks.

Now imagine using intelligent automation to make it sensitive. Multiple sensors and seven joints enable the arm to automatically stop movement in response to pressure. Humans can now remain safe even if they get in the way of sharp objects or pre-programmed movements.

Its name is FRANKA EMIKA, and it’s about to be released this year. They plan on leading the way with FRANKA to create innovative human-centered robots for industry.

The most surprising thing about this robotic arm is how user-friendly it is for the non-programmer.

It can be assembled in 10 minutes or fewer and programmed in another 10. You won’t have to apply advanced programming knowledge … you won’t even have to dust off the C++ manual.

The basic kit arrives in a single box. You get the FRANKA ARM, the CONTROL, and the DESK programming interface. Hook it up to your Ethernet network, and FRANKA guides you through the basic setup step by step. After you assemble the basic parts, the robot can

When you’re ready to program tasks and processes, use the DESK intuitive programming environment. You’ll access it right on your own laptop, desktop, or tablet. Simply drag and drop apps for each action or command and link them to create sequence. Your resulting workflows can be simple or very complex and saved as TASKS or SOLUTIONS.

With the optional PILOT feature, you can use a navigation pad and buttons to manually teach it what to do. Position the arm by hand for each step in your sequence and save the exact moment you produce. The machine can replicate your movements exactly. Once your commands are locked in, you can save your sequence or upload to the cloud to save or share it with thousands of other arms – so they can all do the same thing.

FRANKA EMIKA is now available on preorder at a competitive price point of about $10k Euro. Universities and research organizations may purchase a research package and an additional FRANKA CONTROL INTERFACE which includes

FRANKA builds on progress from the earlier SAPHARI Project (Safe and Autonomous Physical Human-Aware Robot Interaction). It will continue an open-source tradition of co-creation by allowing developers to create and sell their own apps as part of the FRANKA Community later in 2017.

YouTube Celebrates 10 Years
What are bitcoins? Explaining highly volatile cryptocurrencies
Under the hood of an Intel 2-in-1 Laptop / Tablet