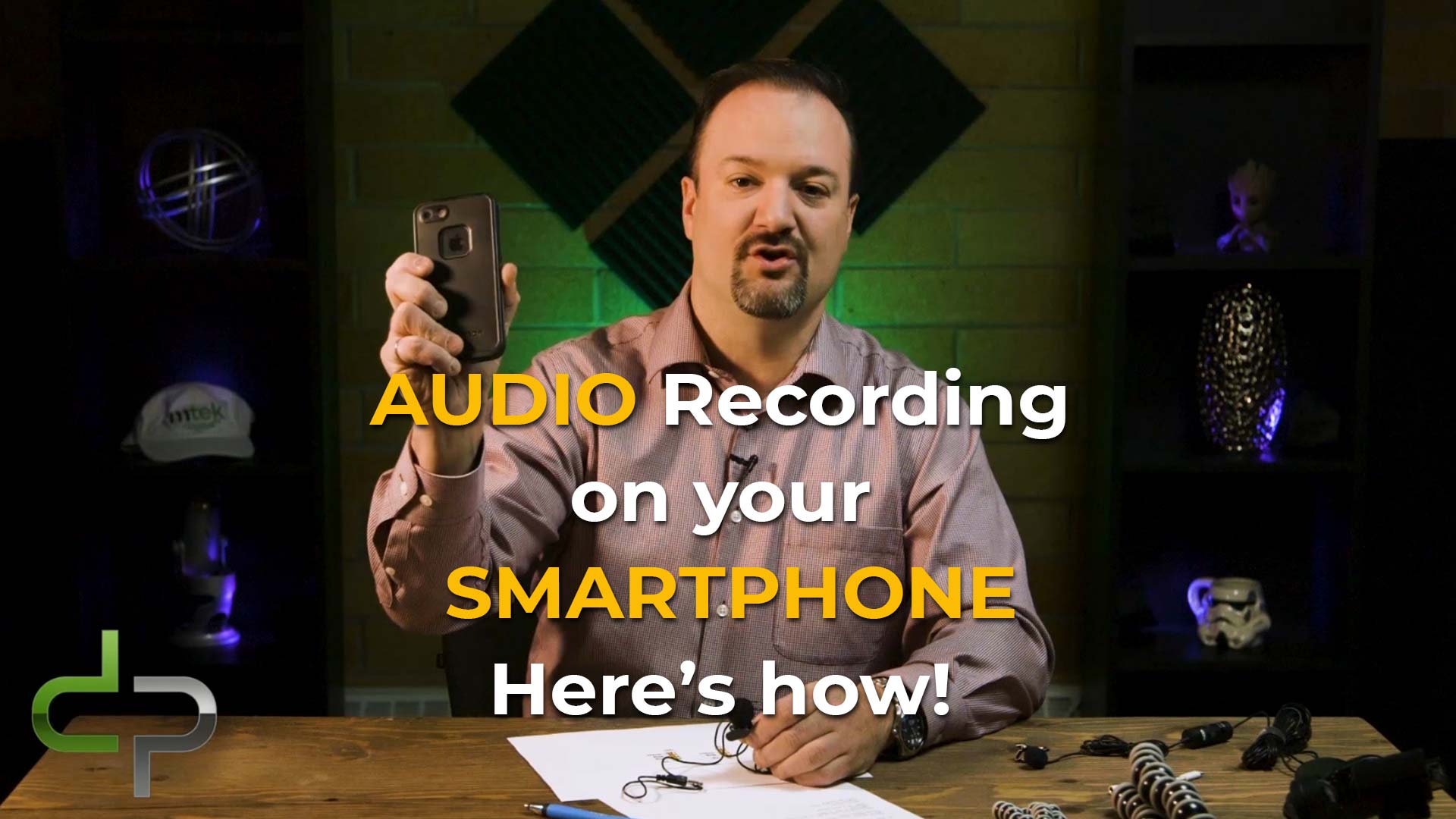 As transcribed from my video: https://youtu.be/2DA3m3Axa98

“One question I get asked frequently is about audio.

We’ve all heard that the built-in microphones on most phones don’t quite sound as dialed in as they should be. The video is quite great on a lot of smartphones, for quality. But on that note, it is very confusing in order to figure out what kind of microphone you should be purchasing. I think for most people going on Amazon and purchasing a wired lav mic is the best way to go. I’m wearing one right now and that’s how I’m recording this.

We have different options. Here at the very cheapest is a $3 one that I picked up. Just clips right on and it’s got an end here. Now, here’s the gotcha. I’m going show you two different wired lav mics. But they both actually appear to have a similar connector. It’s called a 3.5mm connector. But they’re actually different. And what you’ll observe is that this one only has two black lines on it, this one has three. We call this a TRS connector and this one is called a TRRS connector.

The difference between that and if you wanna get into the technical acronyms, it’s tip, ring, ring and sleeve. There is a difference between TRS and TRRS. And the reason is, when you go to plug it into your phone, if your phone has the ability to connect something in, Apple has gotten rid of the headphone jack as a lot of people have known. And now it’s lightning connector only. If you’re on an Android, possibly it will still work. But if you’re an iPhone user you need another adapter. A lot if the iPhones that you purchase now will have this little cable that you use to go to traditional headphones out. Lightning on one end, and one on the other end. What it is expecting for a microphone jack to work is a TRRS. A tip, ring, ring, sleeve.

It’s got three black lines on it and then you would plug that in, that would go into your phone and then you would be able to talk to it. If you don’t have that, believe it or not, there are adapter cables that you can purchase called a TRS to TRRS adapter or vice versa. That is what I would recommend you pick-up for better audio quality on anything that you do for video. Go and pick up a cheap wired lavaliere but to be aware that if you plug it in and it doesn’t work, you might need an adapter.

Hopefully, these extra acronyms that I’ve tossed your way will help point you in the right direction on how to solve your problem on why your mic is not working.”