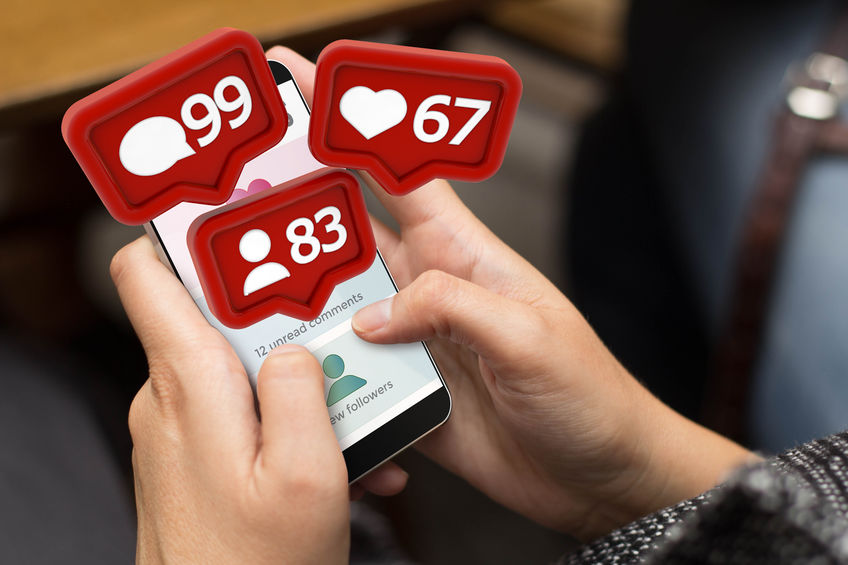 Social media is a powerful tool but it comes with all kinds of problems. One of which is dealing with issues of low visibility. Your organic reach is down for whatever reason and you immediately look for a quick solution to help you get out of it.

In most situations people tend to have two options: either put together a comprehensive marketing strategy to boost their organic reach. Or they find the appeal in ads that offer thousands of followers for a small amount of money.

The latter you find literally everywhere. From companies offering up follower growth services to several people dishing them out on places like Fiverr. Considering the supposed reach you’d get and for how low of a cost it is it makes sense why so many people go for them.

But it’s a terrible idea. And I have a long list of why that’s a bad idea for your business to stoop to buying followers on any platform.

First off, the followers that you’ve attracted in the first place are people who follow you for you. Sure the reasons will vary, but there is always some element of authenticity to it. They like your content, your product or service, or the fact you have a bunch of followers.

This can’t be said about the followers that you buy. The people involved will follow and most will stay, but they won’t have a purpose there. They don’t know what you stand for or what you provide. They’re there solely to make your numbers larger.

But what if you’re dealing with a business who has a focus on targeted followers? Well you might get better odds of getting some better engagement but it’s not guaranteed. When people are handed to you via a tool or a system its engineered rather than authentic when you compare it to someone who looked at your profile and decided to follow.

One big factor to organic reach on most social media platforms is that the more unengaged your followers are the less your content is going to be engaged with overall.

What this means is that if you’re buying followers who only inflate your numbers. So if only a small number of people are engaging with your content, then your engagement rate is going to drop substantially.

This translates to your posts not being shared as much to not only your followers but to others who may be interested in your content.

Within the walls of text that is terms and conditions, most social media networks outline what happens should you buy fake followers and to companies or people who offer these services.

For one they don’t tolerate people who build a business on these services. They also punish those who do buy fake followers.

Why do they care about these? Because a lot of the followers people buy are fake and they impact the bottom line for investors. This in turn can inflate the stock price of that company and make it tougher to put an overall price on the value of the company. False followers inflate your numbers but they may also impact the overall company’s numbers as well which isn’t good.

At least in this context since it’s falsely inflating the numbers.

Because this stuff is written in the terms and conditions, social media networks are going to stay on top of this stuff. There are all kinds of different tells. For example on Twitter, one common method is aggressive following tactics. The idea is to follow a large amount of people with the hopes they follow back. After a few days they go and unfollow those who haven’t followed back.

This sort of tactic will get your account suspended if you do this on a daily basis. As such, social media platforms will obviously know if you decided to buy bulk followers and will punish you for it.

This punishment indirectly signals to people that you purchased followers or engagement on your posts. As a result, people will get suspicious and question your reputation and integrity. This will impact the genuine followers you’ve garnered but also future engagement and overall view of your brand.

While in some cases engagement can be down, there are cases where engagement is much higher. That being said, it’s still laughably easy to spot accounts who engage in these tactics. Take Instagram for example. Markerly once analyzed Instagram accounts of roughly 2 million influencers and compiled a lot of data about engagement.

While these are averages, it’s still good groundwork to tell whether someone is buying followers or not.

In an attempt to find a middle ground, some influencers have also joined circles where they comment and share other’s material. While this isn’t as bad as buying followers, it still doesn’t generate much value as it’s empty comments and empty relationships.

All in all the engagement can make you suspicious and people will go back to questioning you and your reputation.

You Could Get Bot Comments

In some cases the followers at best will do nothing to engage with your comments. It’s still bad but it’s not as bad as the “followers” who post generic comments or post an ad in the comments in a language you don’t understand.

The engagement is a ploy to make them seem genuine and in some cases it can be hard for regular followers to be able to tell the difference. But there are other times where it’s obvious. One such way is if the comment is written in a foreign language, but also the comment may not be appropriate for the post.

For example, if you make a post announcing the loss of a family member or pet, it becomes obvious you got fake followers if they leave a comment like “good one” or “great, I love it!” Or “nice post.”

Your Followers Could Get Spammed

You’re not the only one who can get targeted. Sometimes the fake followers decide to target the followers you’ve already accumulated and begin to spam them with all kinds of nonsense. This can cause them to unfollow you since they may be inclined to follow them since you did only to realize it’s a spam bot.

What’s worse is if the service required you to give them an email address as that opens up your email open to all kinds of spam as well. And no one is ever excited about spam.

Accounts Could Get Purged

Social media platforms put a considerable effort to putting a stop to these kinds of tactics. As such, they make a point of purging fake accounts on a regular basis. While your account will be safe since you’re not a bot, you may experience a roller coaster of mass following followed by mass unfollowing.

The reason that happens is because that social media platform was in the process of purging all of those fake accounts. Fake accounts that you just spent real money to acquire. In a sense it’s a bit of a relief, but also a kick in the gut if you spent money to get those followers.

Because the followers you buy are not as genuine as the typical followers you’d get organically they only have a single purpose. That purpose is only to inflate your numbers.

And especially not to make you any kind of money or actual business growth.

This is key because as an entrepreneur, our goal is to make money and sell our products and services. Or if your goal is to be an influencer you’ll need to have proper engagement to attract people who will want to work with you.

Either way, money is not going to flow that well if the vast majority of your followers do absolutely nothing but make you seem bigger. After all, none of those followers will click on your links or do anything extra outside of following and maybe posting a generic and poorly timed generic comment.

If you want to understand a person on social media, look to the people that they follow. Sure their content can tell you a lot about who they are, but followers can also validate those posts. Many people make a point of checking your followers for that particular reason.

If you’re someone who doesn’t really follow that many people, people may feel inclined to look for someone else to follow and consume content. Though this isn’t really a reason to buy followers.

On the flip side, if you do follow a lot of people, people will then check the quality of those people. If they see a lot of sketchy people or obvious bots, they’re not going to follow you and likely tell other people.

Obviously buying followers is a tactic to inflate your following numbers. But while that’s happening, it’s also diluting your analytics. I’ve already mentioned above how mass followers will dilute your engagement rate but we use that engagement rate in so many other ways.

We use engagement rates to determine whether to do a marketing campaign or to measure effectiveness of certain posts. Because your numbers are larger than before you’re not going to get as accurate of an engagement rate compared to having an account filled with genuine followers.

On top of that, the engagement benefit you’d get from buying followers can be lackluster. A lot of the followers you’d get are fake and only a handful will be genuine. This will skew your engagement as well.

It’s A Waste Of Money

Sure buying followers is cheap. There are services where you can get tens of thousands of followers for as low as $20. It sounds like a dream come true but it’s a waste. As I’ve mentioned throughout this post there is very little benefit you get from those followers.

In the end, you would’ve spent $20 only for a temporary victory that yields no kind of benefit. Sure you may get a rush to see the numbers rise up but that’s the only kind of benefit you’d get from this tactic. This point is further driven by my next point.

Followers & Likes Don’t Matter As Much

Yes, there was a time where social media did put a priority on how many followers you have and how many likes you get. However there is more of a priority today for deeper engagement than that. From comments to sharing, these kinds of metrics play a much larger role and that’s not something bought followers will do.

Today there is a higher priority to have a smaller group of engaged people than to have larger numbers.

Sure bought followers can give you an imaginary larger net to capture people but what’s so wrong about the smaller and engaged group who bought everything you put out? You’d be surprised how many businesses can thrive off of a handful of reliable people who are consistently demanding products or services from you.

In so many cases, buying followers are often false followers. Sure there may be some genuine followers in there but the vast majority of them will be utterly useless to you. And more often than not, they leave many problems for you to deal with while they eventually get purged from the social media network.

In the marketing world, the saying “you get what you pay for” is true. Sure you saved a lot of money in buying followers compared to coming up with a comprehensive marketing strategy, but on the long term you’d be losing thousands of dollars.

Do yourself a favor and never buy followers.