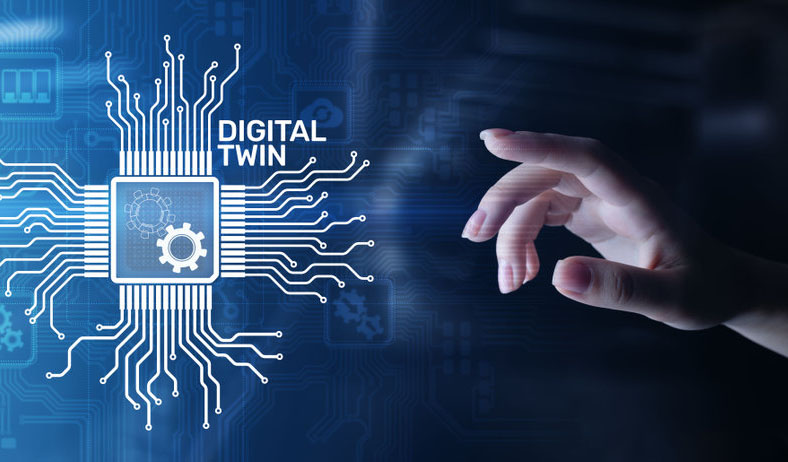 One of the terms that people are going to start hearing more of is digital twin technology. It began in manufacturing but has now started to merge into the worlds of the Internet of Things, artificial intelligence and data analytics.

As more complex devices are being connected and are able to produce data, digital twins will be able to assist data scientists and other IT professionals in optimizing deployments for efficiency and creating what-if scenarios.

To the general public, digital twin technology is yet another technological leap for everyone.

What is a Digital Twin?

Its definition is quite literal. It’s a replica of an object that everyone sees – like a twin – but it’s in a digital format. As mentioned, this technology has been used in manufacturing in recent years, allowing manufacturers to create digitalized versions of jet engines, wind farms, buildings or even cities.

But a digital twin can go further than displaying objects in a digital space. It can be used to replicate processes to collect data and make predictions on how those processes will perform.

Another way to look at digital twins is that it’s a computer program using real world data to create simulations that it can then predict how a product or process will perform in that space. This program can then integrate into Internet of things, artificial intelligence, and software analytics to enhance the output.

All of this has become a staple in modern engineering too since machine learning and big data also improve the performance.

How Does a Digital Twin Work?

A digital twin is first built by specialists, often those in data science or applied mathematics. These researchers then look at the physics that underlie the physical object or system being mimicked. From there, they use that data to develop a mathematical model and use it in a digital space.

From there, the twin is built in a way to receive input via sensors that gather data from the real-world model. This allows the twin to perform the simulation in real time, offering insights into the performance and noting potential problems in the process.

The twin can also be designed from prototypes too. In this context, it can provide feedback while the real-world product is being refined. It could even serve as the prototype itself before a physical version is built.

Why Does a Digital Twin Matter?

There are several reasons for why this new technology is so relevant. Here are some key reasons.

As mentioned above, this technology has been used in manufacturing for some time. This is by far the most developed as factories are using digital twins to simulate processes and be more efficient as a result. Some other industries that are dabbling in this technology are:

The explosion of IoT sensors has played a significant role in making digital twins a reality. As these devices continue to be refined, digital-twin scenarios will be able to work with smaller and less complex objects as well, providing additional benefits to companies.

This modern technology has even been able to reach functions that are often seen in science-fiction films and shows. For example, digital twins can predict different outcomes based upon the data they are given.

Combine digital twins with additional software and data analytics and the technology can optimize an IoT deployment for maximum efficiency, along with providing feedback to designers so that they figure out where to go or how to operate devices before they’re deployed in the physical world.

It Can Alleviate Maintenance Burdens

Car manufacturer Chevron is rolling out a digital twin tech in its oilfields and refineries. That single move has led the company to believe it will save millions of dollars in maintenance costs. This makes sense as digital twins allow companies to run scenarios and see where potential issues lie and where objects are performing optimally.

When companies are aware of certain issues, they can make changes to the machinery or equipment itself to ensure it lasts longer and requires less maintenance on it.

Even though this new technology can enhance several industries and it’s all around a good thing, digital twins can still cause problems. Gartner Tech warns that digital twins aren’t always necessary for every problem. It can make a problem unnecessarily complex. This is on top of concerns revolving around cost, security, privacy, and integration.