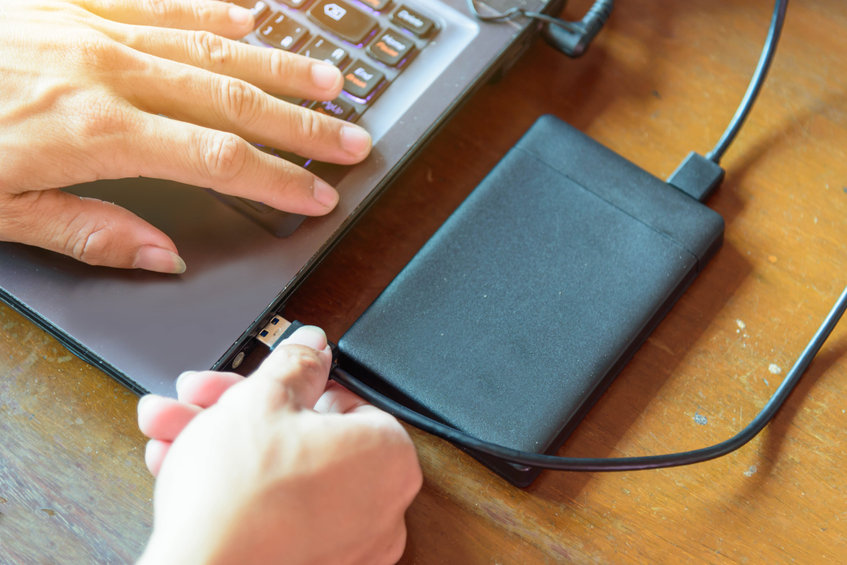 One of the major steps to getting a new computer is transferring existing files to it. For Apple products, this is simpler as Macs offer the opportunity to do so from the startup. This isn’t the case with Windows computers however.

Instead, transferring data from PC to PC has to do be done through some extra steps. These extra steps aren’t difficult to perform thankfully, though some are better than others. From the quick-and-easy solutions to the best ones, here are some ways to transfer files.

The easiest and most obvious option is through external hard drives. They’re able to contain large amounts of data and can even be used to back up a computer. For those using it for that purpose, the work is easier. Plug the hard drive into the other computer and copy the necessary files from there to the computer.

Alternatively, there is USB flash drives which can be helpful for those only needing to transfer a few files.

One other method that’s even faster is through the use of eSATA. First, check to see if the computer has an eSATA port or an available SATA slot. If that’s the case, when connecting the USB or hard drive into the new computer, there will be another drive appearing on the new PC.

Transferring files over SATA is faster than using a USB drive.

2. Sharing Over LAN or Wi-Fi

When computers are close to one another, there are some alternative methods for sharing files and folders beyond hard drives and USBs. These alternatives being through local area networks (LAN) or to use software to transfer files through Wi-Fi.

All major operating systems have built-in options for users to set up a home network. What this does is devices on the same router – that are connected via Ethernet or Wi-Fi – are permanently able to recognize one another.

This connection can even be used between Windows and Macs and vice versa. This also works between computers with the same operating system as well. For those on Linux, the menu system will differ based on operating system. However, once at the network settings, it’ll have a similar setup to setting up a home network on MacOS.

Similar to LAN, using Wi-Fi to transfer files requires the computers to be using the same Wi-Fi network. From there, software is needed to move files between computers. This method is ideal for temporary networks. An ideal software for this task is Send Anywhere.

Send Anywhere is an app that’s compatible with Windows, Mac, and Linux. There is even a web app and a Chrome extension too. The setup is also clean and simple and it’s free to use. Transfer files between computers or even send files to phones and tablets.

Similar to transferring files via USB or hard drives, this method involves a USB bridging cable or a USB networking cable to work. This method is significantly faster in transferring files because it removes the need for users to copy and paste specific files between computers. This transfer process happens automatically.

It’s also better than external hard drives as the method requires users to use three drives to transfer files. Transfer cables reduce that to two drives.

When transferring between two Windows computers, plug the USB cable on both computers. Wait a bit until both computers recognize the cable. Once they do, they automatically install drivers.

Macs have their own unique cable called the Thunderbolt cable. Once that is connected, both computers will detect each other. Transferring files from there is as simple as dragging and dropping them between both systems.

Whether it’s Windows, Mac, or Linux, the transferring between cables can still be done but requires more setup. This setup involves getting an Ethernet cable and building a LAN without a router. The Ethernet cable should also be a crossover Ethernet cable – the cable will have different colour patterns on both ends. After that is plugged in, set up network sharing on both computers and the transfer process will start.

In some cases, users may be transferring files from an older computer to a more up to date one. This happens when the old computer is no longer functional, or there is a need to install a new hard drive to replace the old one.

When dealing with Hard disk drives (HDD) and Solid State Drives (SSD), transferring files between them can be done through standard SATA cables to connect to the motherboard. Users will need a spare SATA or eSATA port to connect the old hard drive to as well.

Once that’s done, the operating system will recognize it as a new drive and then start transferring. This is the fastest method of all options on this list.

The last option is simply using the internet. More and more users are moving to cloud storage for protection and to save files in general. As a result, this is the easiest way to sync files between computers.

The issue with that is it’ll take more time than the other methods. We’re talking several minutes to several days here. The range of it depends on the quality of the internet connection and how many files are being transferred.

Cloud storage providers are in no short supply either. Dropbox, Google Drive, or OneDrive are the first few that come to mind.

Cloud drives are a good option as well as size of the files are virtually unlimited. The only limitation would be the storage space of the computer files are being transferred to. What can also be nice is if both computers are syncing folders locally, then as soon as one uploads files, the other will download those files at the same time.

Any Method Will Work To Transfer Files

Any of the methods mentioned above can allow people to transfer files across any kind of computer without any issue. The only thing to keep in mind is what method is appropriate. When moving a lot of data, it’s better to use a wired connection between computers for security and speed. If it’s only a few gigabytes of data – or megabytes – then a wireless option will work or a traditional USB drive.

The Internet is the New TV
Is the Apple iPad Mini a "Tweener"?
An early look at the Ultimate Bike Tool